Request a Call Back

Enter your contact details and one of our friendly team member will be in touch soon!.

The number of AR apps in the market is on a steady rise. New apps like Seas Scan, Wanna Kicks, and Amikasa are some great examples. Businesses are beginning to see the prospects of AR in making real-time conversions. And, the fact that AR-based apps are fun to use in itself is a self-marketing factor!

But what makes this boom in AR apps really happen?

The answer is the growing number of augmented reality frameworks. Developers today have an array of AR frameworks at their hands. These development tools make their life easy by allowing them to easily integrate the latest trends in augmented reality into stunning mobile apps.

If you don’t want to miss it, now is the time to get started on one of these amazing frameworks. Here, we have curated for you top five best-augmented reality frameworks in the development world. Check them out one by one.

Kudan began its journey in 2014. And today Kudan has grown to become an inevitable tool in the arsenal of every AR developer. Kudan offers some unique features for AR app development. Kudan moves beyond the conventional sensory mechanism to inculcate what was lacking in the VR/VR technologies so far. And that is ‘artificial perception’.

As the name suggests, artificial perception is how a machine feels about its environment. While we humans have five sensory organs to help us create a perception of the world around us.

Machines do not have ample sensory elements to get a perception. Kudan framework solves this issue and that is why it is on top of our most relevant augmented reality frameworks. The final effect it has on your AR app is that it helps you to unlock the total potential of the systems you are using and hence adding to higher performance and cost reductions. So, Kudan is one of those augmented reality SDKs that help you cut the cost of AR app.

ARKit and RealityKit are today the most popular AR software development kits in iOS. ARKit integrates the power of Apple cameras and motion features to create out-of-the-box AR experiences. And, RealityKit, one of the latest augmented reality SDKs from Apple, works on the information provided by the ARKit.

The ARKit is an AR framework that helps in designing user experiences with 2D or 3D elements which are real-like. It uses the iPhone’s core features like device motion tracking, advanced scene processing, camera screen capture, and display. If you are looking for a technology that weaves AR experiences with front and rear cameras in iOS then go for ARKit.

Build your AR app with Intelivita 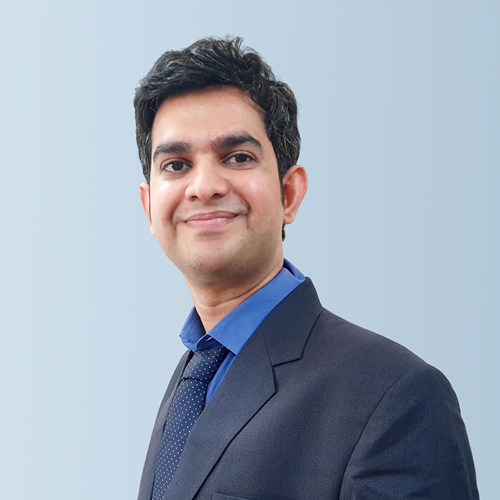 A team of experts with a solid tech background will deliver a top-class AR solution for you. You can see above the way these two iPhone augmented reality frameworks work together. They aid each other in creating powerful virtual experiences. One thing the developers should note is that this framework ignores calls from MacCatalyst. So if you are planning to build your app with MacCatalyst, you need to think again. Creating a multi-user experience is quite easy in iOS/macOS through RealityKit. Its main advantage is that it can customize, complement and even change the scenes coming from the Reality Composer element.

ARCore is an android augmented reality framework that uses APIs to make sense of the environment. ARCore goes well with most android devices and Google has provided a list of those android devices as well.

ARCore integrates the virtual and the real using the three vital features of a smartphone’s camera: motion-tracking, environmental understanding, and light estimation. Motion tracking relates to the relative position of the phone in the real world.

ARCore functions by combining two things. One, it tracks the position of your mobile device. Two, building its perception from the real world. It uses the ‘features’, a name given to the interesting points that a phone’s camera captures.

Then, it tracks how an interesting point moves on a time scale. Combining the two data with the phone’s inertial sensors ARCore makes sense of the position and orientation of the phone in space.

In addition to it, you can make use of the many tools in the rich android ar library.

Vuforia Engine is one of the most widely used AR frameworks for development. It supports augmented reality features for phones, tablets, and eyewear. Vuforia Engine is the right choice for developers who are looking for native platforms like iOS, Android ,and UWP (Universal Windows Platform).

Vuforia Engine employs tracking to create ultimate augmented reality experiences. It tracks objects, spaces, and images to comprehend its outer environment and then places AR elements on it.

Our team of experts have AR app development knowledge with all the ins and out of using modern tech stacks.

Cylinder targets recognize images that are wrapped onto objects like the curved shapes of bottles, coffee mugs, etc. Multi-targets employ more than one Image target and then place them on geometric shapes or any arbitrary surfaces.

VuMarks, the customized markers encode a range of data formats so that the Vuforia Engine can identify and track unique objects when the AR application is running.

Unreal Engine AR is a powerful AR framework that is capable of providing unified experiences for both iOS and android platforms. Unreal Engine is owned by Epic games and in the world of AR game development, they have made significant contributions as well. The Unreal Engine is known for its distinct ability to create immersive AR experiences that are unparalleled.

The above augmented reality frameworks are revolutionizing the way people use mobile apps. Newer technologies are growing every day and the metaverse is becoming reality. As cameras with better features are becoming cheaper and readily available, the scope of AR related technologies have increased manifold.

Creating immersive and entertaining experiences is key to harnessing the strategic benefits that AR technology offers. Make use of these amazing augmented reality frameworks to explore your creativity with augmented reality.

Want to build an AR app but don’t know where to start?

Perhaps we can help!

Consult with our experts

Founded in 2011, we’ve been providing full-cycle mobile and web development service to clients from various industries

Get a Call Back Tuhin Bhatt is a co-founder of Intelivita, a leading Web and Mobile App Development Company. He helps passionate entrepreneurs build amazing tech products. Tuhin being a peoples man who has a passion to share his technical expertise with clients and other enthusiasts.

Be it launching your first online store or crafting customer solutions for your B2B enterprise, or even setting up a B2B-B2C marketplace, Intelivita is geared up to deliver on all your eCommerce requirements. How to Develop a Software-as-a-Service Application (Key Concepts, Cost, Benefits, Steps to...

In this blog, we breakdown: how to develop a SaaS application? How much does Software-as-a-Service mobile app development cost? & more questions along with it. Click to know more. How to Build a Custom WordPress Website: The Only Guide You’ll Need... How to Create a Live Streaming App: Price, Features, And Examples [2023...